Why Is My Computer So Slow All Of A Sudden?

Computers are funny things. One day they’re running like a dream, and the next your super fast computer is taking forever to do anything. When most people ask themselves ‘why is my computer so slow all of a sudden’ there is a tendency to blame their internet provider for slow internet speeds. But what happens when your computer is slow in loading everything, not just webpages? Well, below is a handy guide that will tell you some possible problems and potential fixes that will hopefully get your computer running smoothly again!

Unwanted Applications Running In The Background

This is your first port of call whenever your computer is running especially slowly. First, start with the obvious. Do you have any apps that you can see right now, that you’re simply not using? If you’re not using them at all, then deleting the app from your hardrive completely is a good idea because you’ll be freeing up hardrive space and making your computer a little faster. If you are using it sometimes, but not right now, then close it down and make sure it isn’t running in the background.

Now, there are also applications that run in the background without us even knowing it. These are the silent assassins of computer speed, because they’ll slow your computer down without you even realizing that they’re there. So, heres a quick breakdown of how to turn off background apps on Windows 1o – the operating system that most computer users have, but if you need alternative information, then a quick search online should help. Here’s how to close off background apps on Windows 10:

Your Computer is slow because of possible Virus Or Spyware

Probably not something you wanted to hear, but it’s possible that a virus or spyware has found its way on to your computer. They tend to slow down your computer because they are running like any other program does, except these are likely trying to route through your entire hardrive and everything you have on it – so as a program, it’s demanding a lot of your computer’s resources. If you notice a sudden dramatic difference in your computer’s speed, then think carefully about any recent downloads or less reputable webpages you might visited lately.

But also, don’t panic. Back in the day a virus was a death sentence for a computer, but anti-virus software has come a long way since then. Nowadays, a full scan (not a quick one, you really will need to allow multiple hours for a thorough scan) should be able to find any viruses or spyware that you might have picked up, and help you sort it out too. We won’t list a how-to style guide for this section, because there are so many anti-virus software out there that it might not apply to you. Just make sure you’re conducting a full scan, not a quick one, and give it the time to work its magic! In rare cases your computer might be kaput, but give your anti-virus software a chance to right the wrongs before you look for an alternative model.

A malfunctioning app is something that isn’t working like it should. It can look different depending on what exactly is wrong with it, but we’ll look below at some of the more common ways to tell if an app is malfunctioning. Before we do though, let’s clarify that sometimes an app is malfunctioning and we don’t even know it because we never knew it could run any differently. Say you’ve installed an app a while back and it’s just always been slow or laggy – it’s easy to say that it’s just the way the app is. But think about it, how many app developers would launch an app that doesn’t work like it should? So, bare this in mind too as we look at some easy to spot signs that an app isn’t working correctly:

The above list is not exhaustive, but you get the idea. Now it’s important that you fix or remove malfunctioning apps, because an app that isn’t working correctly takes up far more of your computer’s resources than an app that is, and will therefore result in slower computer speeds. So, your first step is to head to the app store on your computer and make sure everything is up to date. Any updates that need installing, do it. If that doesn’t work, then it’s possible that there was an error when downloading and installing the app to begin with, so uninstall and then reinstall the app to see if there are any differences. Failing that, it may just be that the app isn’t designed to work with your particular model or operating system, and it might be time to delete the app and find an alternative.

Too Many Programs Running At The Same Time

It’s a simple step, but one people often overlook. Stop for a moment and think about what is open on your computer right now. Is it all necessary? So many people have programs running that aren’t even being used yet, so why keep them there? Even though you aren’t using the program, your computer is still using up some of its resources by keeping it open and ready to use when you click on it. Remember, your computer isn’t psychic – if a program is open, it will assume your about to use it and it will keep it ready for action so you can start using it straight away. If it isn’t needed, close it down.

A good way to do this is by simply pressing CTRL + ALT + DEL and clicking on ‘Task Manager’ and pressing ‘End Task’ on any program not in use. It also helps to see them all in one place so you know just how bad your open-but-not-using program problem has become!

Need To Upgrade Your RAM Or Hardrive

Probably another one you were hoping not to hear, but you might have to spend a little money upgrading your computer to make it run faster. And the best place to start is with your RAM or hardrive. Let’s break that up so we can understand it more.

Starting with RAM then, we’ll reassure you here by saying that you don’t need to know the inner workings of your computer to understand it. Your computer’s RAM is simply one of its resources that makes it quick. A computer has only a limited amount of RAM, and it’s one of the first resources to be spent entirely when running multiple programs. Some programs require more RAM to run effectively, and some less so. The more demands that are placed on your computer’s RAM, the slower it’ll be. So, if you’re noticing a slowing down of your computer, then think about how much RAM your device has. If you only have 4GB, then it might be time to upgrade to 8GB. If you have 8, then maybe look at 16, and so on. The point is, the more RAM you have, the faster your computer will be at running multiple programs at once.

Your hardrive is like RAM, in that it too is limited. But instead of speed, your hardrive is concerned with space. If you’ve had your computer for a while, it might just be close to filling up – and this will slow your computer down. Think of every file, program, app etc. that you add to your computer as an extra weight that your computer has to juggle. The more weight you add, the harder it becomes. If your computer only has the capacity to juggle 250GB, for example, then when it reaches close to that number, it is working at the very edge of its limits. Increasing your hardrive space to 500GB might result in a faster computer because it isn’t too close to the maximum ‘weight’ that it can juggle.

It’s Time For A New Model

Not to finish on a complete downer, but it might just be time for a new computer altogether. As technology develops and apps and programs become ever more sophisticated, some models are simply left behind. Computers that were once top of the range become obsolete, and the new cooler kids take over. It really is just the circle of life in technology, so it might be time to retire your old workhorse computer and make way for a new bucking bronco that’s capable of handling all the latest programs and apps!

We hope that the above guide has answered the question, ‘why is my computer so slow all of a sudden?’, and hopefully the above solutions will help solve your technology problems and get your computer back to running quickly again!

What is similar to Udemy: Top online learning Platforms

Can I Connect Two Computers to One Monitor? 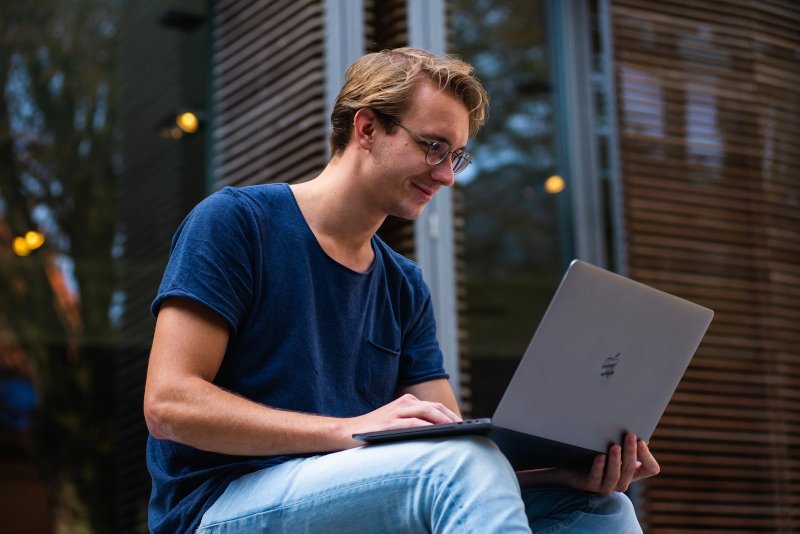 AWS is a good career and is one of the top-paying IT jobs an engineer can attain. With… 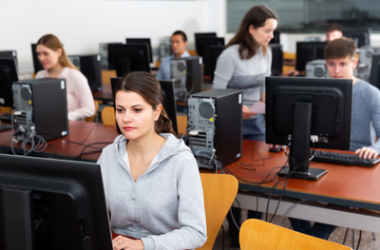 If you want to set up a career in IT, then being an AWS cloud practitioner is one… 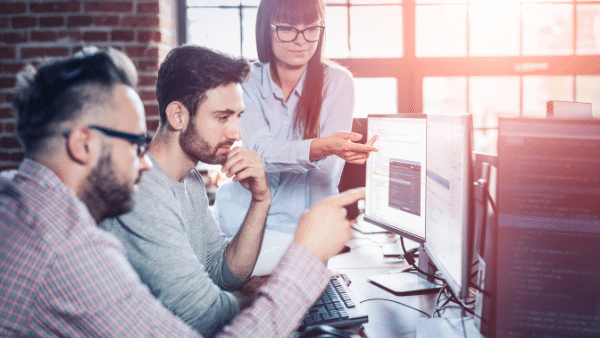