Can a Projector Replace a TV for Gaming

To answer the question is a Projector better than a TV for gaming? Projectors are good for gaming. Many new projectors come with high resolution, lumen, and contrast levels. They can easily rival a good TV, but the answer comes down to personal preference. With a projector you get a larger screen, but will lack a bright backlit unless you have a darker room. With a TV you get a vibrant light, but are limited to the TV’s size and position.

Cost-Benefit– One great advantage that a projector has over a TV is the sheer cost to size ratio. The typical size of a projector is between- ‘n-and will cost a fraction of the cost. Although there are many large TV’s that have great screen resolution and contrast, many projectors will still be able to compete at a high level.

Wow factor- Let’s be honest, many gamers would love to have a projector in their house because of the immense size and visual experience. Many modern games are filled with tiny details and large landscapes most games look like a virtual world itself. With that being said, having a large viewing screen is much better on the eyes and overall gaming experience. With a projector, you get that wow factor that you just can’t get on a regular TV. Now some TVs can produce magnificent pictures, but with the improvement in projector technology, you’re just going to get the better picture for the buck going the projector route. Also with a projector, you get that cinema fill that you won’t have with a TV.

More Immersive -One Instant Advantage that projectors have over TV’s is that their huge screen makes them more immersive. When you’re in front of a 100-inch projector screen surrounded with a  sweet sound system you just get that overall immersive feeling. This is great for movies, but even better for games because it almost feels like you are there. As stated earlier, many different games have tiny details that may be overlooked on a standard TV, but if you have a huge l00-120 inch projector, it just makes it that much easier to see.

Lumens- The official definition of lumens is ” A unit of luminous flux in the international system of units, that is equal to the amount of light given out through a solid angle by a source of candela intensity radiating equally in all directions.”  In other words, Lumens equals brightness. The more lumens you have in a projector, the brighter the picture is, and when it comes to a good projector, brightness is everything.

How many lumens do you need to play a projector in a bright room? Typically projectors are made for darker rooms, but some projectors work pretty well in brighter rooms. The Lumens that work best in brighter rooms are going to be between 1500-2500. If you like to play games in the light more often, then we would recommend a 2500-4,000 lumens projector

Resolution– The great thing about projectors are that you can change their screen size as you see fit, so having a high resolution projector is important. The last thing you want to do is look at a 150inch blurry screen. Remember, the larger the screen the higher the resolution, we recommend 1080p or above. You can get away with 720p, but You may be disappointed with the visual results. 4K will be your best bet, but they can get a little pricey. So if you’re looking a cheaper route then stick to 1080p

Which Video Conferencing Is The Most Secure How To Increase Maximum Battery Capacity on IPhone

Let’s face it, nobody likes it when their iPhone is about to die, especially when there’s no outlet… If you’re looking for video editing software for YouTube videos, you’ve come to the correct spot. Here are… 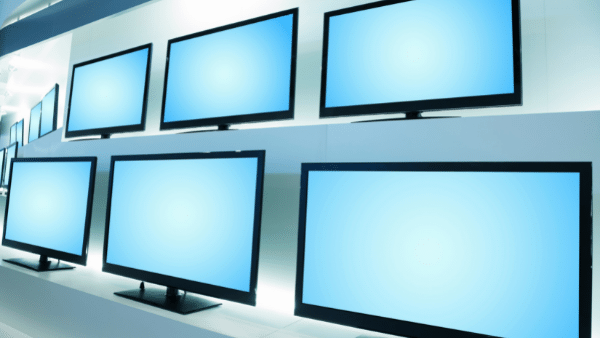 The Television or T.V. has been a part our households since its initial invention in 1927. It was…