In 2021, PC gaming has become a trendy hobby due to the pandemic. In recent years, there have been many PC builds that can perform at a high level. However, with the next generation of graphic cards from Nvidia and the upgraded CPUs from AMD, PC gamers now have the incentive to upgrade their gaming monitor.

Gaming monitors come in all shapes and sizes, but many things go into monitors internally that you should know about before purchasing one. For example, there are different types of screens, refresh rates, and form factors to consider.

The most popular gaming monitor in the market right now is the IPS screen, and it’s ubiquitous in all kinds of monitors you see in stores. Are IPS monitors good for gaming? You’ll find out soon enough and more.

How do monitors work?

Monitors display pictures using pixels which are tiny squares that produce colors. All monitors are lit through a backlit panel that switches every time a computer processes an image.

There are different backlit panels to choose from, and how monitors produce images depends entirely on these panels for quality and performance. In addition, each panel is powered by liquid crystal technology, where light behaves differently for varying panels.

A panel like IPS may have light behave differently, producing a unique effect that’s only featured in this panel type.

What is an IPS display?

Now that you understand the fundamental concepts, it’s now time to understand what IPS panels do. IPS stands for in-plane switching, where the crystal molecules found in the individual pixels of a screen are parallel to each other to produce a sharper and crisper image.

As mentioned above, many monitors have the technology to allow these crystal molecules to behave a certain way. However, the parallel effect is only applied to the IPS panel that’s not found in other types of screens in the market.

The crystal orientation that’s parallel to the glass screen rotates to control how much light must pass through is the way IPS works. Because the image results from this activity are consistent in color accuracy and brightness, the screen is much more vibrant and color accurate than the other LCDs you can buy.

If you have an IPS display, you’ll notice that regardless of where you are positioned relative to the screen, you will always have great viewing angles because the contrasts are much more pronounced.

IPS panels aren’t the only screens that you can buy. There are many other panels for gaming that are great options depending on what you are looking for. Below are the different panels that are the biggest competitors of IPS monitors:

TN stands for twisted nematics, where the crystals are oriented in a straight vertical line and activates light by twisting the orientation at a 90-degree angle. TN panels are the cheapest panels you can find out there, and they have the worst color production out of all the monitors mentioned here.

However, what TN panels lack in picture quality more than makes up in the refresh rate and response time. When gaming, there usually is a heavy output produced by monitors because games are very interactive. There must be great-looking graphics that almost depict real life or an art style that’s visually pleasing to increase immersion for the players.

When playing, monitors need to have a fast performance to keep up with the game’s visuals and speed. So although TN panels don’t look the best, it certainly runs the best out of all panels.

VA means vertical alignment where the crystals are positioned vertically to let light pass through from the backlight to the glass panel. VA screens act like IPS panels but at a slower pace and have higher contrasts.

Because the contrast is high and the delineation of the colors is so vast, VA panels have poor viewing angles when you look at the sides and top of the monitor. This may not be a big deal for most people, but the biggest problem is the response time.

IPS screens are notorious for having slow refresh rates and response times… about ten years ago. The thing is, IPS displays now can perform well and retain the picture quality. On the other hand, TN panels are outdated in 2021 and can only be found in affordable laptops for essential office work.

TN displays lost their charm when the higher-tier monitors caught up in performance. So it’s best to buy an IPS panel with high refresh rates than to sacrifice the image quality that the other monitors can provide plus a comparable performance, if not better, refresh rates and response times.

VA screens are still used today in 2021. VA aged quite well, unlike TN screens. The best part about VA is the pricing and the differentiation of having higher contrasts. Because of the higher contrasts, images will look vibrant, and the color gamut is high enough to play games.

However, IPS displays have the highest color gamuts out of all the gaming monitors, and it matches the performance of old TN screens, which VA monitors couldn’t catch up with. The biggest problem with VA monitors is the apparent motion blurs and ghosting that happens due to a slower response time. IPS screens still beat VA displays, but for the mid-range price you’ll be paying, it might be worth your while to buy one since it looks great regardless of the inferior specs.

What to consider when buying a gaming monitor?

After all the information that you have covered so far, here are the tech jargons you need to learn before considering which panel to buy for your PC:

This is arguably the essential part when buying a monitor. You can argue against anybody all day about the picture quality between an IPS monitor and a VA monitor, but when your game can’t run smoothly, then the monitor is not worth your purchase.

Unlike color representation which gives a very minute difference between panels, you can quickly tell if a monitor has slow or fast refresh rates.

Refresh rate is when the image output switches from frame to frame to achieve smooth gameplay and motion. Refresh rates are measured by Hertz, which tells you how many frames a monitor can run when playing or displaying a moving image. If you have a higher hertz count, your computer will look like it runs smoother.

But having a slower monitor doesn’t mean your high-performance graphic card won’t work. It just means that your monitor can’t keep up with the performance of your video card, which caps it to the hertz count of your screen.

The average refresh rate for standard video games is 60hz, but it can double and even triple that amount. The standard for triple games today, especially shooters, is 144hz. If you are an FPS (first-person shooter) gamer, you need smoother gameplay to be accurate at your shots. A 144hz display monitor is the standard of today’s industry, but the count can go as high as 320hz.

Response time is very similar to refresh rate, but it measures the color switch from one color to the next. The best response time is one millisecond, but it can go for as long as 5-10 ms. Response times are necessary so that your screen won’t have input lags which disrupts your gameplay by freezing the display by mere seconds if the response time is high.

You want to have the lowest response time you can get, and most monitors don’t have a problem in this arena.

For gamers, this is not something they look for in gaming monitors. However, as long as the RGB color accuracy is 99%, it should be enough to play games. RGB accuracy means that the reds appear red, and the blues appear blue. Anything below that will have the wrong colors presented on the screen.

The quality of colors will depend entirely on you if you want to have bright and accurate colors when gaming. However, a better color representation can detract from performance in response times and refresh rates.

Most gaming enthusiasts argue this aspect in a gaming monitor, and the answer to this long, challenging debate is quite simple. But before that, pixel density is the number of pixels a monitor has. The higher the count, the sharper and clearer the image is.

Monitors can have 1080p, 1440p and 4K resolution. Most gamers go for 4K monitors because the games will look so sharp to the pore of the skins of video game characters. But here’s a secret: you’ll barely notice it as you play. Pick a 1440p screen for the best compromise of image quality and performance. 1080p is even good enough for most games, so don’t pick the most expensive one when the technology can’t even output high-performance 4K monitors unless you pay thousands of dollars for them.

Which IPS monitors are the best

Now that you know what to look for, it’s now time to pick the best monitor for you. When choosing one, make sure to check the prices and reviews before you make the final decision. Here are the top gaming monitors that have the best value to performance ratio:

Why you should go for IPS displays

As you can see, the technology favors IPS as the refresh rates that are favorable for most games these days are implemented into this screen. There are certainly better screens like the OLED, but that is far too advanced to have high refresh rates, which you should value more than picture quality.

This year, IPS screens are rich in color, performance, and even pricing as companies found new ways of building them more efficiently. So don’t miss out on your games looking their best, and buy an IPS panel now.

Yes. It isn’t too bright that makes your eyes sore for long gaming sessions, and the viewing angle is good enough to lay back if you strain your eyes.

Yes. Because of the accurate color gamuts produced by the screen, movies will look sharp and vibrant regardless of where you sit when having friends over.

Yes, but not so much like the OLED. Burn-ins happen when static images are left too long on the screen, which retains when going to another screen. It isn’t as bad as the OLED, as mentioned, because the contrast isn’t as pronounced as the screens that are used for video and photo editing. Also, in gaming, you are constantly moving with the gameplay, which reduces backlight burns or bleed-ins. 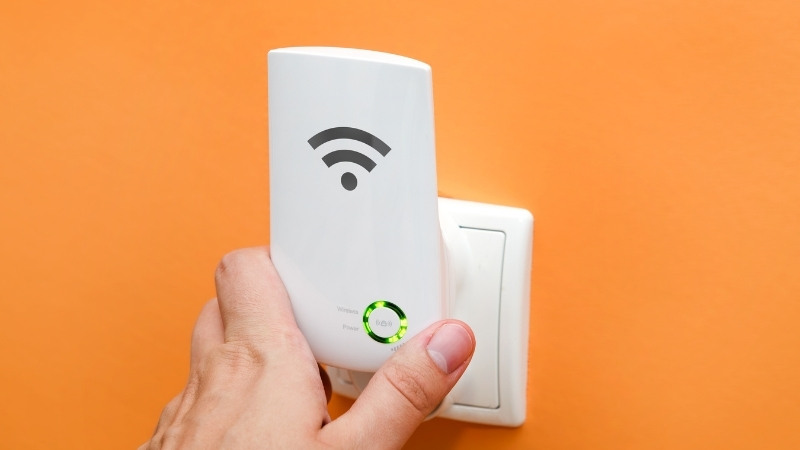 What is a WiFi Extender? If your WiFi network has issues being transmitted to different areas of a… 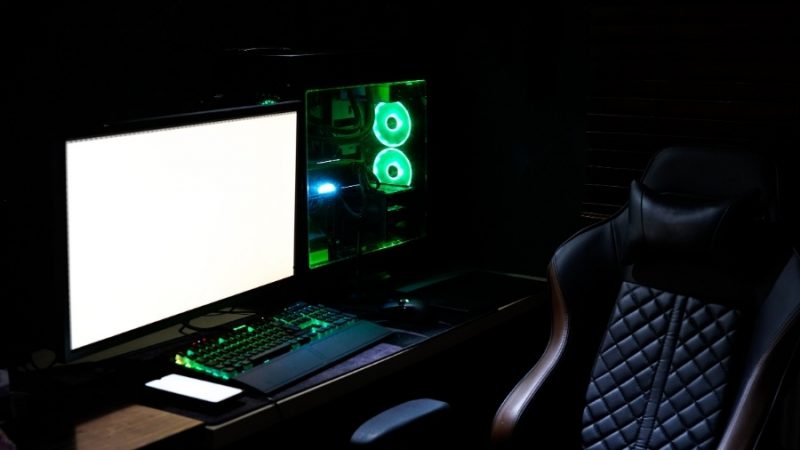 What Gaming Chairs do Streamers use in 2022

Generally, gaming sessions in today’s world are long-winded, so it’s not uncommon for streamers to spend many hours… 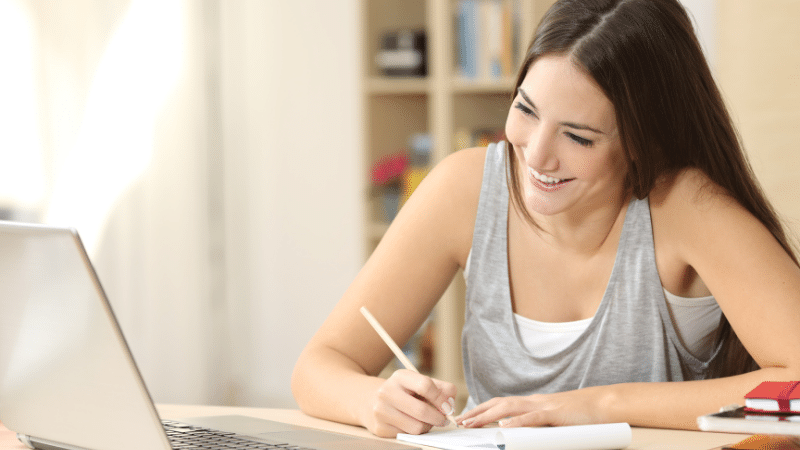 What is similar to Udemy: Top online learning Platforms

The concept of traditional education has changed a lot in recent years. It is not mandatory anymore to…