Can E-bikes Go On Sidewalks

The popularity of Ebikes is soaring. Since it is a win-win situation for consumers and the environment, more and more people are opting for Ebikes.

There is, however, some confusion regarding the rules governing Ebikes.

Many Ebike owners often have the question, can you ride an ebike on the sidewalk?

The post below will clear all your doubts about Ebikes and sidewalks.

Can you ride an Ebike on the sidewalk?

However, there are exceptions to the same. A lot depends on the type of Ebike which you have.

Do not worry, if you have no idea that there are types of Ebikes!

We will cover the three types below to help you understand which Ebike is similar to a motorized vehicle and which one to a traditional bike.

Is any type of ebike allowed on the sidewalk?

There are essentially three types of Ebikes. Before we answer the question if any type of Ebike is allowed, let us understand how they are classified.

Class I Ebike refers to a pedal-assisted Ebike. In this bike, the motor assists the rider when the rider pedals. That too, only till the bike reaches a speed of 20 mph. After that, the motor will cease to provide any assistance to propel the bike forward.

Only when the bike meets all these guidelines, it is a class I Ebike.

The category definition states that the bike should not assist when the pedal is not in use.

The class II Ebike is the throttle-assisted Ebike. It refers to the bike which uses the motor to exclusively move it forward. It does not include pedal-assisted bikes. That is why; the speed of such a bike can be greater than 20 miles per hour.

The class III bike is somewhat similar to the class I bike. However, the speed limit here is entirely different.

The class II and class III bikes are considered much closer to motorized vehicles than the traditional bikes.

If your bike falls in these two classes, you can safely assume that you cannot ride an Ebike on the sidewalk.

Most states, as well as counties, have precise laws about traditional bikes and sidewalks. That is why, once you know the class of your Ebike, it is easy to find out whether you can ride on the sidewalk or not.

That is why the classification of the Ebike matters so much.

With that being said, states are given the power to modify the rules and regulations in their jurisdiction. We will cover such laws governing Ebikes and sidewalks for a few states below.

Can you ride an ebike on the sidewalks in Texas?

According to the website of the Texas Department of Transportation [1], no law prohibits riding a bicycle or Ebike on the sidewalk. However, the same website clearly states that local authorities have the permission to pass ordinances that can prohibit the same.

Keeping in mind the same, riders are advised to check with their local authorities regarding whether they can ride a bike on the sidewalk or not.

The website further states that the riders need to be aware of the signs posted along the sidewalk. These can further guide them as to whether they can ride the bike on the sidewalk or not.

Thus, as long as your local authorities haven’t prohibited you from riding the Ebike on the sidewalk, you can do so in the State of Texas.

Can you ride an ebike on the sidewalks in California?

In California, there is no rule prohibiting you from riding an Ebike on the sidewalk.

However, according to the California vehicle code section 21206 [2], local governments have the power to issue regulations about sidewalks in California.

What this means is that your local authority can prohibit you from riding an Ebike in California.

Even if your local authorities haven’t enacted or passed such a rule, you might not be able to ride the bike on the sidewalk.

By this analogy, whether your local authority has enacted a law to prohibit the same or not, you can safely assume that if you can’t ride a regular bike in the downtown area, you can’t ride an Ebike as well.

Other than that, if the local authority hasn’t enacted any other rule, you can ride the Ebike on the sidewalk except for downtown areas.

Can you ride an ebike on the sidewalks in Michigan?

• Class II and Class III bikes aren’t allowed on the sidewalks in Michigan.

The State of Michigan also has a limitation on the motor rating of the Ebike. An Ebike cannot have a motor more powerful than 750W.

Can you ride an ebike on the sidewalks in Florida?

The state of Florida also recently adopted the three-tier Ebike system [4]. However, when it comes to sidewalks, it states that any area where you can ride a traditional bike is also open for an Ebike.

It means that if the sidewalks in your city are open to riding traditional bikes, you can ride Ebikes (all 3 types) as well.[5]

Simultaneously, it has given the power to the local authorities to enact laws governing their sidewalks.

For example, in Sarasota or St Augustine, riding Ebikes is not allowed on the sidewalk. The cities have enacted these laws due to the large number of tourists they receive each year. Tourists prefer to use such Ebikes, which can prove hazardous for everyone on the sidewalk.

In these two cities, you cannot ride a traditional or Ebike on the sidewalk.

Thus, Florida allows you to ride an Ebike on the sidewalk if the same is open to the traditional bike. However, the local municipal authorities can easily override this since they have the power to do so.

It is best to check local muncipal code before you take your Ebike on the sidewalk in Florida.

What if there are no rules pertaining to ebikes in your area?

Not all states are on the same page with the use of the ebikes. That is why; it might happen that in your state, there might be no rules pertaining to Ebikes.

Instead of taking advantage of the legal vacuum, it is a good idea to refer to the 3 classes of the bikes above. If your bike falls in class I, you can use it similar to a traditional bike. Other than that, it is a good to stay off the sidewalks.

Are there any exceptions to ebike rules pertaining to sidewalks?

There are a couple of exceptions related to Ebikes and sidewalks.

Generally speaking, many local authorities allow children to ride traditional bikes on the sidewalk. The same exceptions are granted to them while using ebikes.

However, there is another rule which clashes with the same in certain cases. For example, in states like California, children under 16 cannot ride any bike. [7] That is why the question of riding them on the sidewalk doesn’t arise.

In states where children can ride ebikes, they can do so on the sidewalk in most cases.

Once again, whether you have this exception or not depends on your local authorities in most cases.

Thus, there are a couple of exceptions when it comes to riding an Ebike on the sidewalk.

Overall, you can safely assume that you cannot ride an Ebike on a sidewalk in most States. Of course, there are a few exceptions that we have highlighted above.

Once you go by this guide, you will have a pretty good idea whether you can ride an Ebike on the sidewalk or not. It is also important to check your local municipal regulations before you do so.

What Accessories Do I Need for My E-bike: 13 Proven Products 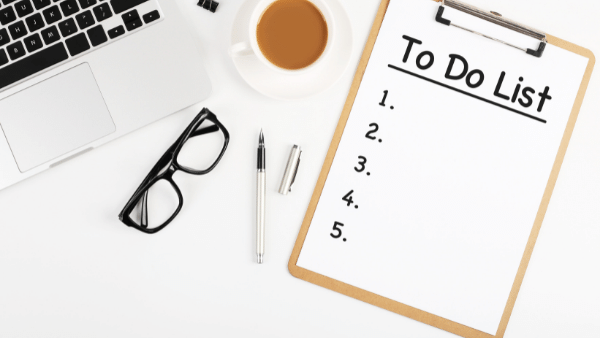 You cannot always recall every assignment or task that your school requires. Furthermore, it is even more challenging… 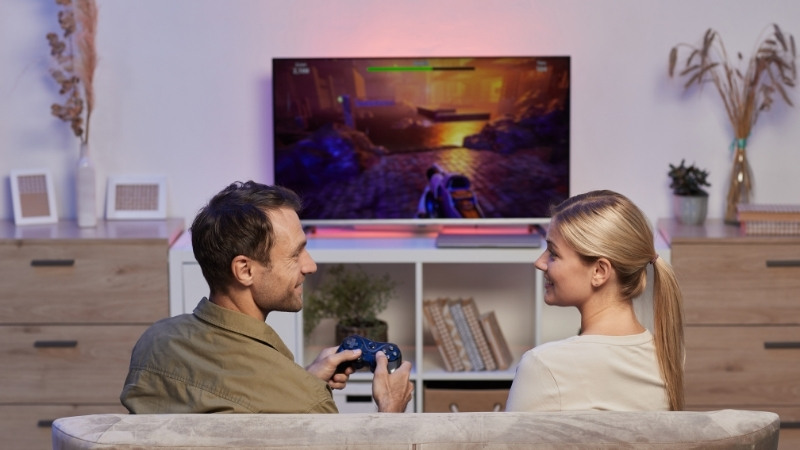 What Size TV is Best For Gaming

Based on room real estate and gaming experience, we believe a 55 inch is the best size to… 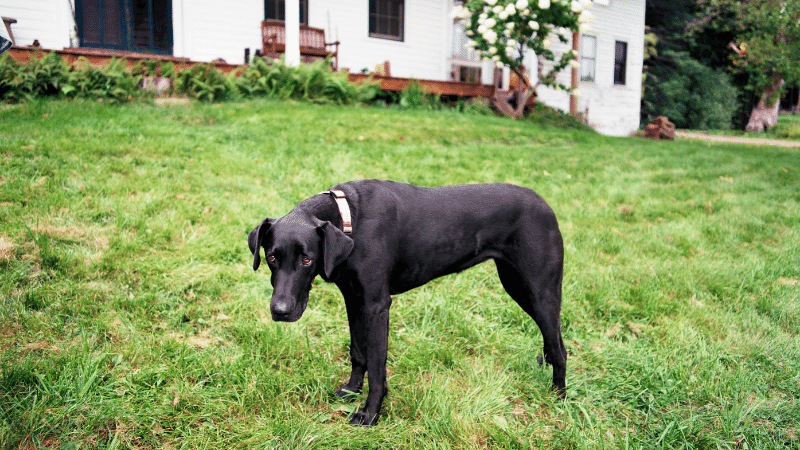 Dogs are a nuisance in your yard, and most of us want to deter them. Fortunately, how to…