What’s the difference between a Quadcopter & Drone

What’s the difference between a Quadcopter & Drone? Although similar in function, quadcopters and drones are  actually different. A drone is basically an  unmanned vehicle as a whole, and a quadcopter is a particualr type of drone with a four rotor engine. Let’s look a more quadcopters

A- quadcopter is a type of drone that’s used for recreational purposes. They are usually recognized by their four rotor engine and HD camera at the bottom.

What is A drone

A drone is defined as any unmanned flying vehicle operated by a remote controller. The term drones is a broader term that encapsulate quadcopters. When you hear the word drone, don’t just think about a recreational vehicle. Drones can be many different shapes and sizes as long as they have the ability to fly remotely.

Military drones- The military has been using drones for a number of years now. These drones are used for so surveillance and airstrikes. They are actually highly effective in combat while at the same time reducing the risk of a pilot getting injured or killed. Arapaho drones-These drones are used to heater and away crops. Many farmers are starting to go with drones simply because they save money. With a drone pen d. colly surveying
the crops, farmers can get a good idea about whats going on with their crops from a birds eye view perspective. This can subsequently help them go, ok and accurate changes to their cops. They can now know if their crops are having soil, fungus, or irri cartons problems without
spending time halting their property

Security drones-A security drone is very useful for security jobs. Instead of having to security guards to cover a property, You can now cut that number down to fun and use a drone to scan areas in less than half the time. As drone technology improves, many drones are starting to be used for scanty purposes. Imagen honey 7 drones program Automatically programmed to scan
to areas and send instant messages when an unauthorized person is trespassing.

Drones of the future will also be a real asset to society. Here are just a few things that drones Will be able to do.

A quadcopter is an aerial unmanned vehicle that’s used more for recreational purposes. When you hear the word Quadcopter, people generally think of a drone that’s used for fun or to take amateur photos and videos. Usually, this machine is smaller in size and can fly no more than 2 to three miles from its operator. Quadcopters are tremendously popular in today’s world. Over the last decade, millions of hobbyists have taking to the sky. Unfortunately, many hobbyists have abused the freedom of flying their quadcopter, so aerial laws have been created to managed and limit their capacity. Nevertheless, there are many hobbyists and commercial plots making good use of their quadcopter within legal limits.

Lets’ go over a few ideas that can help maximize the use of your Quadcopter.

Aerial Photography- Many hobby. it s’ command pilots are taking their Quadcopter to the sky to for Ariel photography. whether you are wanting to take Ariel photos for personal use, or for business, ariel photography using quadcopters is booming right now. So if you love to take pictures and want to expand your horizon, then look into Ariel photography. Check out this article on starting a tech business……

Real-estate photography-This is Quadcopter business is quickly growing. The concept of taking pictures of real estate property with a drone is still fairly new, but ‘can be very lucrative if done properly. This business will usually require a pilot’s license and it doesn’t hurt to have a decent portfolio handy. Many business ‘areal estate agents are looking for drone companies to take photos of their property. Surprisingly, many consumers would like to see pictures of the entire lot before purchasing.

Quadcopter for farming- Quadcopters can also be used for farming, but instead of actually watering, many quadcopter will be used for surveillance to watch for intruding animals and bad crops.

Quadcopter for security- Quadcopters could also be used to scout and guard businesses. This is an excellent concept that can save tons of money by minimizing the amount of security guards needed.

Quadcopters for Cinema- Quadcopters can be used for small movies and commercials. Many producers are looking for that panaramic view of the sky or city to introduce, change scenes, or end their film. If you’re creative and can market properly, this gig can be very profitable to you.

Can You Use An Electric Scooter In the Rain( The Truth) How Far Away Can a Drone Fly From Its Controller?

How far away can a drone fly from its controller? Typically an average drone can only fly a… 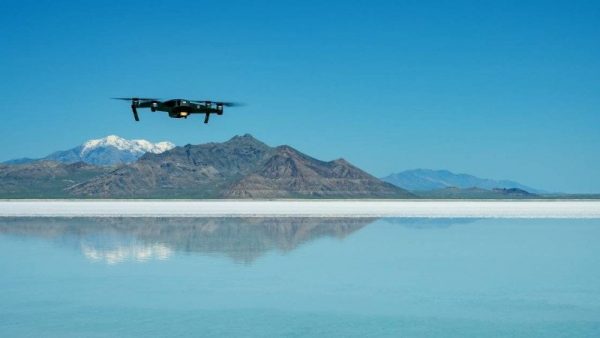 When the weather is beautiful, flying a drone over water is the perfect chance to get that picture… 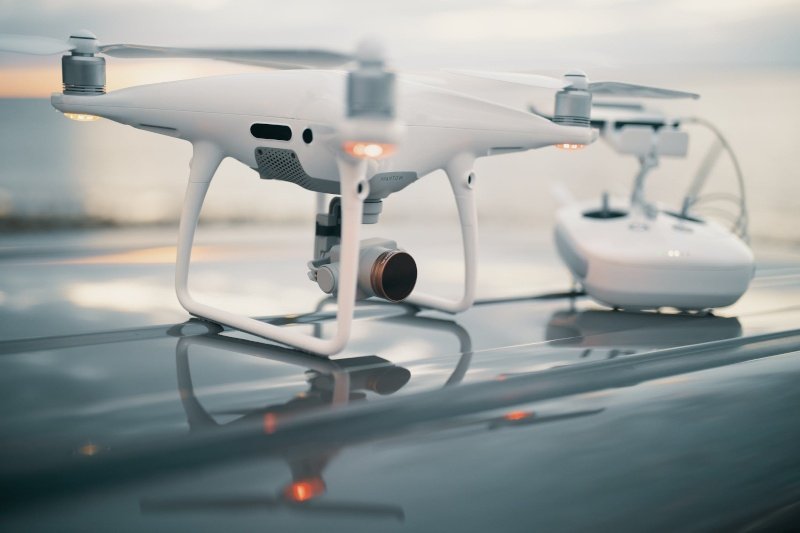 Best Drones For The Money 2022: A Helpful Guide

As technology has developed over the years, the use of drones has become very common in many households…